The Birkin bag is the ultimate forever piece that just gets better and better with age, here is what you need to know about the original ‘It’ bag 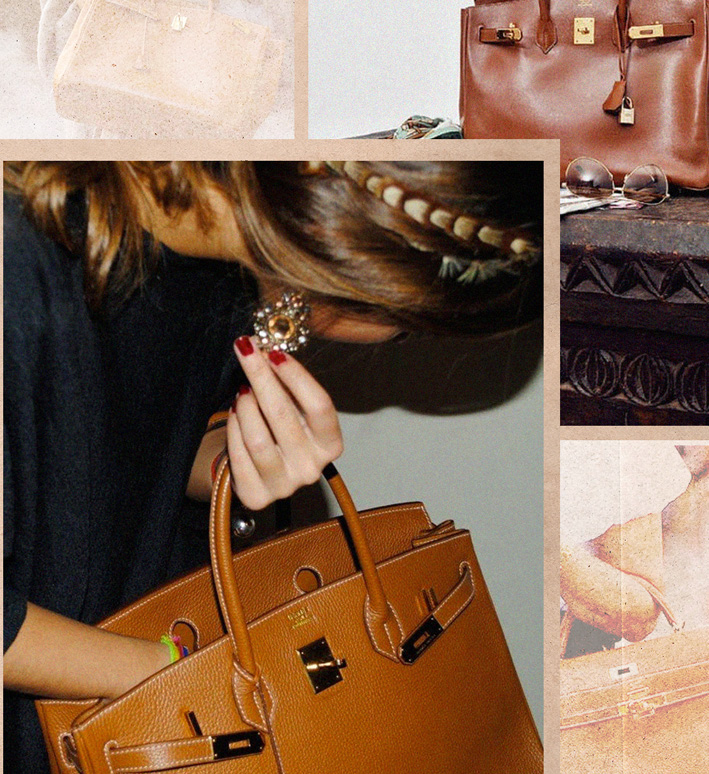 The Birkin bag is younger than you think. Just 37 glorious years old in fact. Conceived in 1984, when the Hermes chief executive, Jean-Louis Dumas, was on a flight from Paris to London and found himself sat next to the ever-iconic Jane Birkin. The story goes that Birkin had placed her raffia travelling bag in the overhead compartment, but the contents tumbled out, leaving her (and we hope a chivalrous Dumas himself) scrambling around the floor to retrieve them. Birkin explained that she couldn’t find a weekend bag that she liked, and the beginnings of the (other and equally iconic) Birkin was born.

The shape is actually based the Haut a Courroies bag, created in 1900, but the supple leather tote of 84 years later dwarfed it’s ancestorial inspiration almost immediately. By the end of the 1980s, the Birkin was the definition of wealth and class. A leather status symbol with a waiting list as legendary as the bag itself. And its exclusivity has only continued to grow. The Birkin has been namechecked in lyrics by Jay-Z and ASAP Rocky, while Drake has admitted that he has amassed a huge collection for his future wife. Lucky her.

Preloved Birkin bags are as covetable, if not more so, than a new one, as the leather improves as it builds character and stories in the grain.

As for the current waiting list...it is reported to sit around the six years mark. Though like Jane Birkin herself, the older a Birkin gets, the better it gets. Preloved Birkin bags are as covetable, if not more so, than a new one, as the leather improves as it builds character and stories in the grain. Scratches and scuffs aren’t flaws, but part of the journey, like our own luckily earned wrinkles and scars. While the Birkin resale market is still an exclusive club, Reluxe has quickly built a reputation as the place to buy and sell Birkins, as our relationships with global handbag collectors is respected and trusted. For the Birkin may only be a 30-something beauty, but they will each outlive us all, growing more elegant and beautiful over time, and never, ever looking dated.