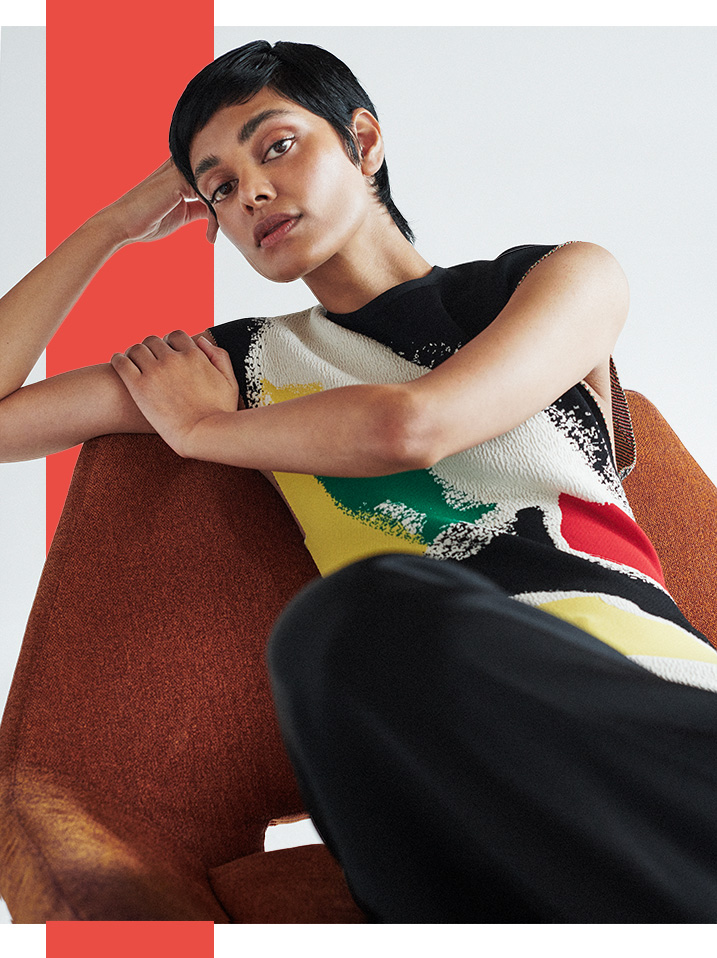 You may not know her name yet, but ecologist, writer, entrepreneur and model Zinnia Kumar is only just getting started. The published scientist has launched several changemaking charitable projects around the world, and now she is coming for fashion…. 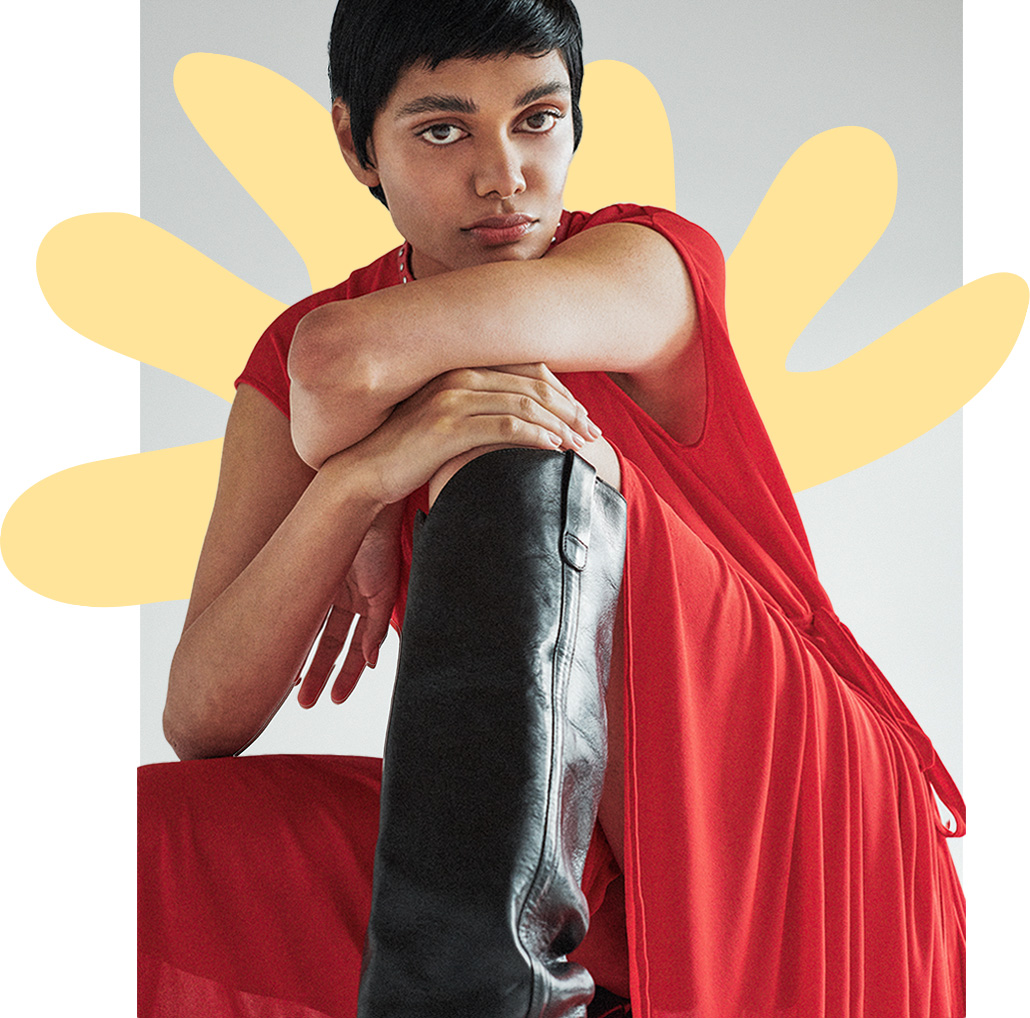 This feature should perhaps come with a warning, so here you are - when reading about the seriously impressive Zinnia Kumar, prepare to feel like an underachiever. Not that she would ever intentionally make anyone feel that way, because Zinnia, in addition to all she has accomplished so far, is also incredibly lovely and stop-and-stare beautiful. But please, stay with us, as we promise that you will love her as much as we do.

Zinnia has so many strings to her bow, it is difficult to know where to start with her. Her website describes her as having ‘long-term commitment and passion for humanitarianism, leadership, research, ecology, sustainability authentic representation, deconstructing beauty ideals and stigmatising narratives in fashion and beyond. Zinnia is also a strong advocate for education and empowerment.’ It then goes on to casually mention that she is a published scientist, with a degree from Oxford, that she is now studying at University College London, and that she is a CIEEM accredited Ecologist and Conservation Biologist. Oh, and just a couple of other tiny attributes…she is a hugely successful model and the CEO and founder of The Dotted Line, a sustainability, diversity and inclusion consultancy. And she still has plenty more on her ‘to do’ list.

But if you ask Zinnia to describe what she does, she would simply say ‘entrepreneur’. “What I currently do doesn’t quite exist yet as it blurs so many rigid lines,” she explains. “I change the focus from defining myself by a career label to instead my inner moral compass that guides my work. It’s the only logical way I can describe how seemingly opposing fields come together as a synergy. I suppose it comes from Buddhist philosophy where a person is not defined by their day job, but rather their morality. I never allow labels to affect me. I usually describe it as best as I can for the context of whom I am speaking to. I suppose entrepreneur covers what I do as the definition is so incredibly broad too.”

“Modelling is a wonderful platform for amplification and spreading ideas, thoughts and finding solidarity with others who had for so long felt rejected systemically by the fashion machine.”

On paper, Zinnia is incredibly intimidating, but in the flesh she is warm, relaxed and so friendly. When she arrives on set for the Reluxe shoot, she is excited to be on set, introduces herself to everyone, and brings with her a sense of comfort and ease. A total natural in front of the camera, but behind it she is keen to discuss and share stories about her projects and others.

She is a highly educated scientist, and in-demand model, but it is the meeting of her two worlds that she loves.  “Modelling is a wonderful platform for amplification and spreading ideas, thoughts and finding solidarity with others who had for so long felt rejected systemically by the fashion machine.” Though when she started modelling, her manager made her aware from the start, that there are no guarantees in the industry, and it has, at times, been a difficult journey, but one she is passionate about changing. “Sometimes I feel disempowered in that I often have to work 3X harder than my non-Indian contemporaries just to keep from being erased. Each day systemic barriers prevent me from moving forward because I'm not the right racial definition of the zeitgeist's perception of diversity in fashion. Every day is an uphill battle, it gets tiring constantly having to fight. For example, a month ago, I lost a job because the magazine wanted to go with an ‘all white’ cast, the month before that I lost one because they wanted an ‘all black’ cast. I’m not either and therefore find myself in a grey space of invisibility, despite being the country’s largest minority, only being exceptional as a South Asian helps us stand out beyond the systemic racial barriers. I read a lot about brands seeking Indian money & luxury market share, but what about celebrating Indian people too? That said, when I turn around and look at the path I have left, it is a series of firsts, a series of breaking systemic barriers and opening doors for other South Asians. I know, no matter how hard it gets, I can’t and will not give up.”

Those ‘firsts’, among many include being the first Indian woman to cover Vogue Australia in its 63-year history, the first ecologist to appear on any Vogue, ever, and we’d hasten to guess any other fashion magazine. But she also knows that there are so many barriers in fashion that have yet to be broken by an Indian person, and that is what attracts her to the work. “I find every job exciting, even more so when I get to break a systemic barrier for the first time or I help someone else break one,” she says eagerly. “I love meeting the teams, watching the effort they put into their craft, chatting with them to really understand what drives their passion, the barriers they face and their vision for the future. I leave every job feeling inspired and having made a new friend. When anyone will listen I will talk their ear off about the issues that I am passionate about.”

“I find every job exciting, even more so when I get to break a systemic barrier for the first time or I help someone else break one,” 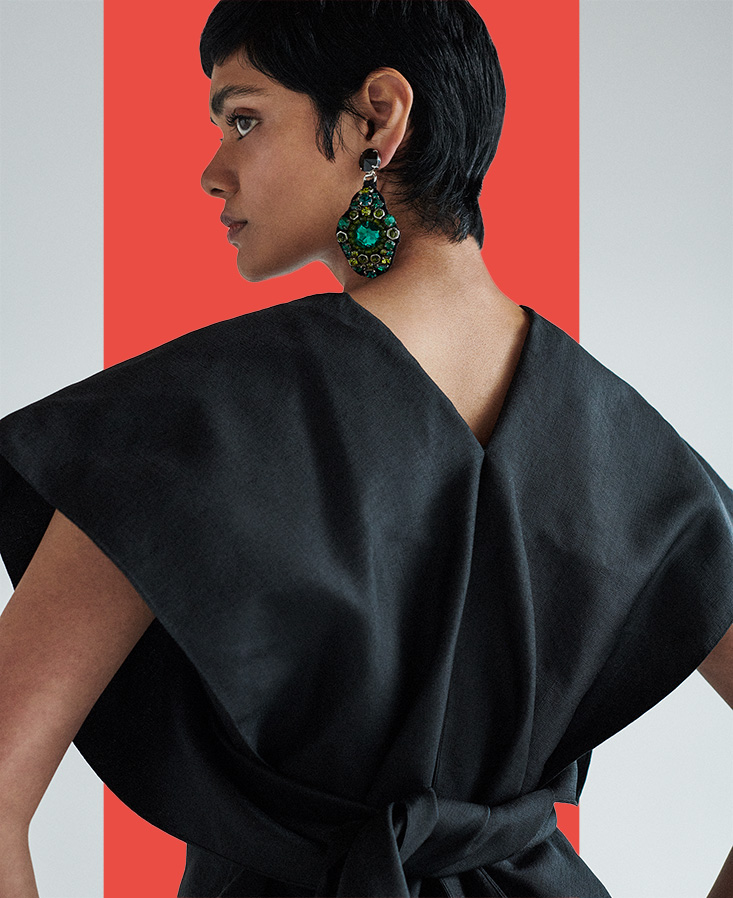 Those issues include, disadvantaged children, beauty ideals and colorism among others, and Zinnia is currently working on a feature length documentary focusing on the exponential profits and growth of the skin bleaching market. It is based on research she conducted while at Oxford University, and incidents that she sadly saw first-hand whilst working with children in schools across Asia. “It is a market that has nothing to do with beauty & everything to do with power and oppression,” she explains. “The aim is to ban the products legally, curb suicides and create intergenerational healing. My hope is that children as young as five can have the opportunity to define their own beauty, identity and inner power, no matter where they are in the world.”

Born in Sydney to Indian parents whose family have been in Australia since 1879, Zinnia grew up obsessed with nature and the environment. She became aware of environmental issues at just four years old, by five she was watching anything and everything David Attenborough made (even copying his British accent), and at seven she had read the entire eco and nature section at her local library. The world of science just drew her in. “I have always had a curious mind, I love knowing things, understanding why they work and questioning thinking. For me science is an anchoring point for greater understanding of the world around us, but also to how little we as humans really know.” Making conscious decisions was something that she was brought up with. Her mother regularly made clothes for her, and the family would re-use, re-design and re-create clothing in the household. Any investment pieces were passed down from grandmother to mother, and so on. Ever since, Zinnia has kept her wardrobe to a minimum, trying to stick to basics coupled with key investment pieces that she knows will last a lifetime. 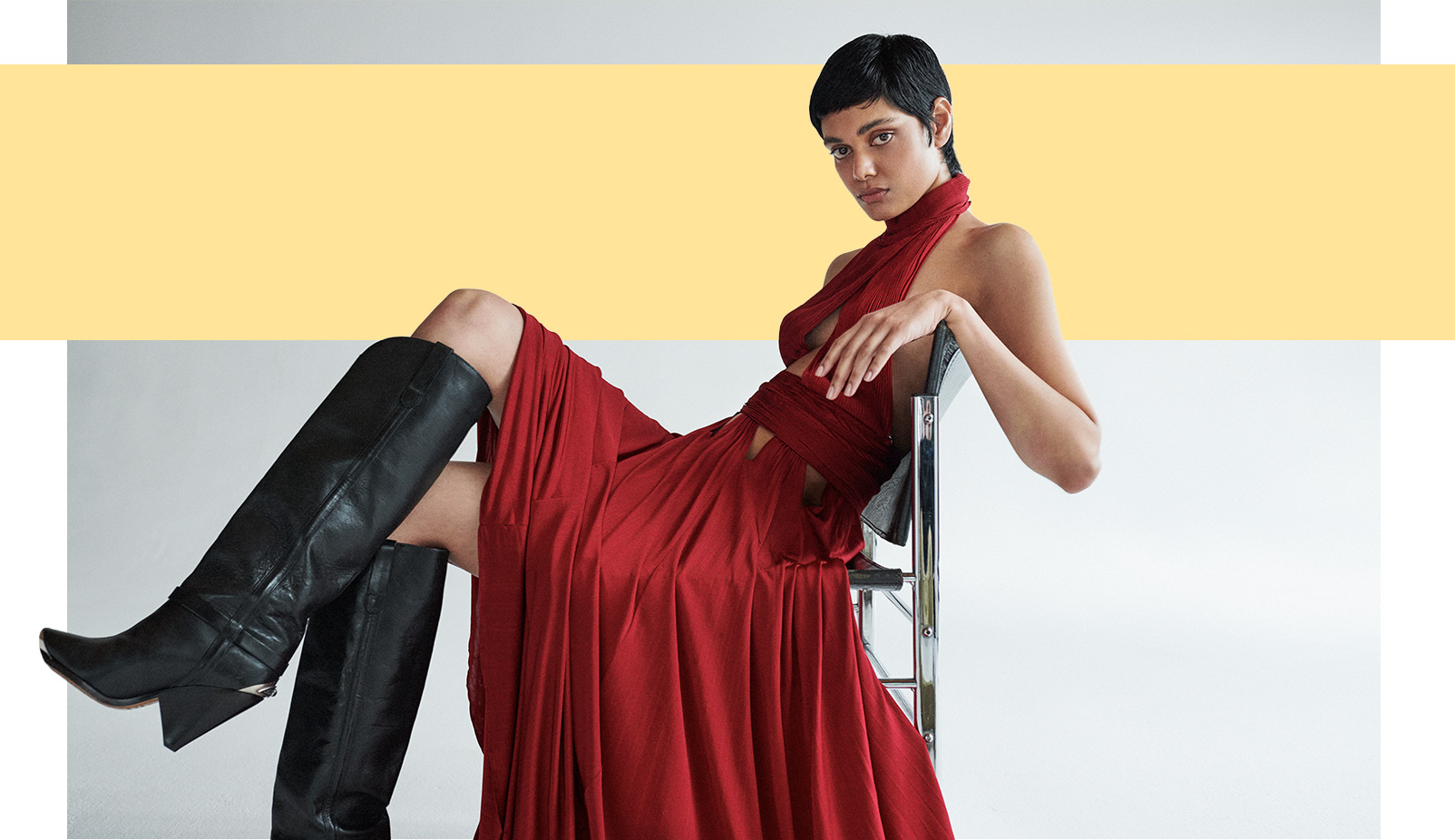 “I invest in high quality trans-seasonal pieces that can withstand the test of time and trend in my wardrobe,” she explains. I also prefer fibres from organic biodegradable sources, like cotton, linen, leather or wool, as opposed to polyester. A lot of my ‘higher value’ items are often gifted to me - though I do refuse 90% of items as it isn’t a sustainable approach to fashion.

“Working in fashion often requires having a fashion forward wardrobe, as the perceptions of one’s value is judged immediately from an outward appearance.”

The industry has a perception that personalities are expressed through clothing. So casting directors and creative directors tend to put models into boxes based on what they wear, or how they perceive their social stereotype/vibe or energy to be. As much as I would like to wear the same t-shirt and jeans for the next 5 years, the nuances of working in fashion means I can’t.” She likes her clothes to project an understated power, and her go-to pieces include a blazer, white t-shirt, colourful jumper, tailored pants and statement shoes. But to Zinnia, fashion is about so much more than clothes. “The power of fashion to influence culture and create belonging through design and advertising is what is important to me.”

You see, told you that you would love her.